The South American country of Brazil has a variety of national parks that feature everything from plants and animals to incredible rock formations. In all, there are a total of 69 national parks in the country and many can be considered breathtaking to say the least. The Parque Nacional dos Lençóis Maranhenses, or Lençóis Maranhenses National Park as it’s written in English is one of the most spectacular places on earth and is a must see on any visit to the Maranhao state that is located along the coastline in northeastern Brazil. It is a protected area of 383,000 acres and occupies 43 miles of coastline along the South Atlantic ocean.

There Are Thousands Of Rolling Sand Dunes

One of the most remarkable features of the park are the many sand dunes that have been formed by the constant wind. They have developed the shape of waves with small valleys between them that fill up with water during the rainy season there. 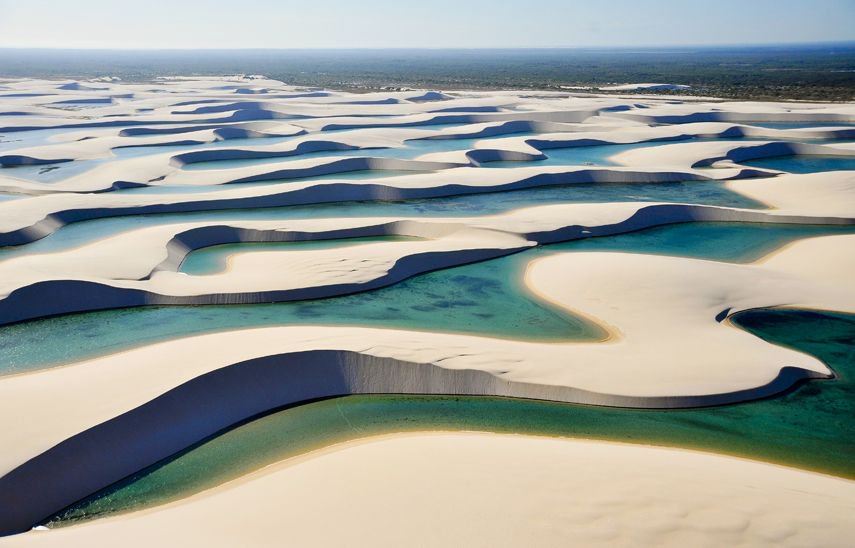 These valleys of deep blue water nestled between thousands of wave-shaped sand dunes create the image of rolling bedsheets. Hence the name Lençóis Maranhenses which translates to “bedsheets of Maranhão.” The images that can be found online are nothing short of incredible with the stark contrast between the pure white sand dunes and deep blue water-filled lagoons between them. They are most commonly viewed in the rainy season which runs typically between the months of January and June.

Since the bedrock below the dunes is impermeable to water, the water tends to fill up the lagoons and stay there for quite some time. Due to the warm sunlight, the water in the lagoons can range in temperature from 80 F up to 90 F depending on how warm the weather is and how deep the water. Since there are very few nutrients in the water, they don’t support much plant or animal life, like algae or microbes, so the water is very pure, clean, and great swimming for tourists and regular visitors. The water covered area of the park can reach up to 41% of the entire park at its peak in the rainy season.

There Are Special Species Of Fish

There are a few species of fish that have adapted to the long dry spells when the lagoons are completely dry by burrowing into the mud and basically hibernating there. These are called wolf fish and are usually found mostly in the lagoons more closely tied to the several rivers that help feed the lagoons a little longer into the dry season.

Researchers have identified up to 133 species of plants that call the park home and an additional 112 kinds of birds along with reptiles species numbering over 40. Some of the animals there are listed as endangered and are protected by laws from harvesting and poaching.

There are a number of places you can stay at when visiting the national park. Atins is a town on the South East edge of the park it is a great place to stay and offer a number of activities in and out of the park. A local Atins Pousada or Guesthouse is a great place to stay. Otherwise look into Barreirinhas which is a little further away, but also has accommodation options.

While a large number of the visitors are what would be considered Eco-tourists, there are also plenty of people that enjoy swimming in the various lagoons. There are horse back riding adventures, sand buggy rentals and tours, plus regular hikers visiting nearly year round. There are canoe and kayak rentals and windsurfing available on the larger lagoons. There is usually plenty of wind to keep the windsurfers happy any time of the year.

For out of the area tourists, the best way to get to the park is to fly into the nearby state capital of Sao Luis and then find private transportation from local tour guides. Most will offer four wheel drive vehicles that can navigate the sand into nearly any part of the park. These guides will usually be connected to the various activities so you should look for the guides that deliver people to the places you want to go.

Visiting the Lençóis Maranhenses National Park is an experience that you’ll definitely want plenty of photographs of. As evening approaches the sunsets that reflect from the thousands of lagoons can be absolutely stunning. They pass quickly and change colors by the minute, so take as many pictures as you can as quickly as you can then sort them out later. That’s how beautiful the scenery can be at this park. 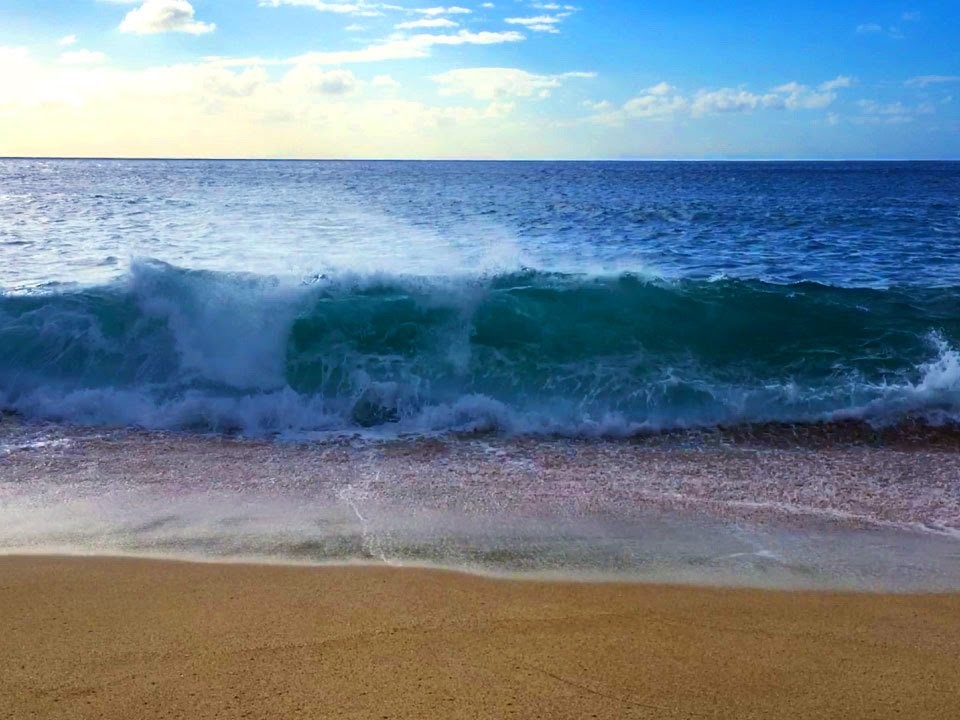